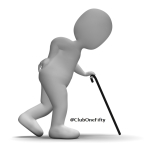 University of New South Wales, UNSW, researchers have made a discovery that could lead to a revolutionary drug that actually reverses ageing, improves DNA repair and could even help NASA get its astronauts to Mars.

In a paper published in Science today, the team identifies a critical step in the molecular process that allows cells to repair damaged DNA. Their experiments in mice suggest a treatment is possible for DNA damage from ageing and radiation. It is so promising it has attracted the attention of NASA, which believes the treatment can help its Mars mission.

While our cells have an innate capability to repair DNA damage –  which happens every time we go out into the sun, for example – their ability to do this declines as we age.

The scientists identified that the metabolite NAD+, which is naturally present in every cell of our body, has a key role as a regulator in protein-to-protein interactions that control DNA repair. Treating mice with a NAD+ precursor, or “booster,” called NMN improved their cells’ ability to repair DNA damage caused by radiation exposure or old age. “The cells of the old mice were indistinguishable from the young mice, after just one week of treatment,” said lead author Professor David Sinclair of UNSW School of Medical Sciences and Harvard Medical School Boston.

Human trials of NMN therapy will begin within six months. “This is the closest we are to a safe and effective anti-ageing drug that’s perhaps only three to five years away from being on the market if the trials go well,” says Sinclair, who maintains a lab at UNSW in Sydney.