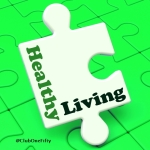 Middle-aged and older men were much less likely to have heart attacks over an average of 11 years if they drank moderately, didn’t smoke and did everything right on the diet, exercise and weight fronts, the study found.

Only about 1 percent of men involved in the study fit into this ultra-healthy-living category. But they were 86 percent less likely to have heart attacks than those who ate poorly, were overweight, exercised too little, smoked and drank too much alcohol, the researchers said.

The healthiest men could still eventually die of a heart attack, of course, and the study didn’t say if they live longer than others.

Still, “there is a lot to gain and money to be saved if people had a healthier lifestyle,” said study lead author Agneta Akesson, an associate professor with the Institute of Environmental Medicine at Karolinska Institute in Solna, Sweden.

As for women, Akesson is the co-author of a previous study suggesting healthy living has a similar effect on females.