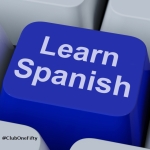 Speaking two or more languages helps protect your brain as you age, even if you learn new languages as an adult, new research suggests.

The study included 835 people born in Scotland in 1936 whose first language was English. They were given mental skills tests at age 11 and again in their early 70s. Of the participants, 262 were able to speak at least two languages, with 195 of them learning a second language before age 18, and the rest after that age.

Those who spoke two or more languages did much better on the mental skills tests when they were older than what would be expected from the tests they took when they were younger, especially in the areas of general intelligence and reading, the study authors found.

“These findings are of considerable practical relevance. Millions of people around the world acquire their second language later in life. Our study shows that bilingualism, even when acquired in adulthood, may benefit the aging brain,” study author Dr. Thomas Bak concluded in a journal news release.

Want to become a member of Club One Fifty? Start your membership – with our Risk-FREE Value-Based Pricing – by sending your contact details.