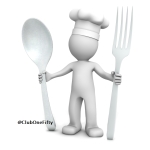 A simple question about appetite can provide insights into old people’s general health that may help reduce their risk of dying. In a study published in the journal Appetite, Emeritus Professor Mark Wahlqvist from Monash University’s Department of Epidemiology and Preventive Medicine and the Monash Asia Institute, led a team investigating the connection between appetite and mortality.

“Appetite is generally regarded as one of the most important indicators of health,” Professor Wahlqvist said.

The urge to eat is often reduced in the elderly, with many afflicted by the “anorexia of aging.” Chewing difficulties, general deterioration or the side-effects of medication may have an adverse effect on appetite, as may psychological factors such as loneliness or depression. Family circumstances and other environmental factors may also play a role.

“Factors of this kind lead to poor appetite and related poor health,” Professor Wahlqvist said. “We found that elderly people with fair or poor appetites had higher risks of mortality than those with good appetites.”

“Poor appetite may be a valuable early indicator of incipient nutritionally related disorders and disease, and of premature mortality.”

Poor appetite does not directly bring about death: it’s the resulting poor diet that causes the harm.