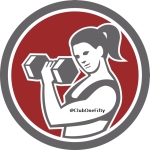 In Australia, a University of Sydney study has linked improved cognitive function with stronger muscles using a steady regime of weightlifting exercises. Published in the Journal of American Geriatrics, the study used a system known as SMART (Study of Mental and Resistance Training). A trial was done on a group of patients age 55 to 68, suffering MCI (mild cognitive impairment). This condition is not as serious as full-blown dementia, as people affected only have mild cognitive symptoms not severe enough to disable them from normal daily life.

The aim of the study was to measure the effects of different physical and mental activities on the human brain. Researchers examined 100 people affected by MCI. They were divided into four groups, and assigned the activities as seen below:

The weightlifting trial lasted for 6 months with exercising done twice a week. As the participants got stronger, they increased the amount of weight for each exercise. The exercises were done while trying to maintain 80% or greater at their peak strength.

Surprisingly, only the weight training activity demonstrated a measured improvement in brain function. The stretching exercises, cognitive training, and placebo training did not yield any results. This proved a link between muscle strength gained through physical training and the improved cognitive functions. According to Doctor Yorgi Mavros, lead author of the study, there was a clear relationship between mental functions and increased muscular strength. And the stronger the muscles got the greater the mental improvement.

Doctor Mavros is a strong advocate for encouraging resistance exercises as people start to grow older. The result could be a much healthier aging population. Mavros stressed the need for exercising at least 2-3 time per week at a high enough intensity in order to get the maximum cognitive benefits.